Posted on August 9, 2014 by LittleCajunGirl 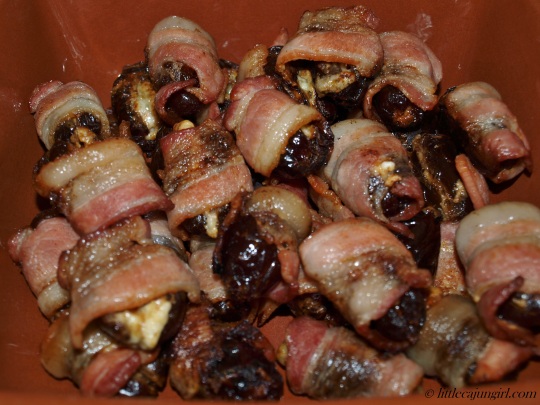 I originally tried a version of these from one of my CrossFit trainers, Eddie McKenna, when we had a get together at our house.  He brought dates stuffed with almonds and wrapped with bacon.  They were so good!

It’s RARE that I use a recipe as is that I have read or learned of.  I almost always modify it in some way.  I really liked these salty sweet nuggets but wanted to amp it up a bit and add a few more levels of flavor and texture.  Combinations of salty and sweet are so good when you add some spice and some sharp creaminess, as well.  Adding blue cheese and chipotle powder really knocks these out of the park!

Cut a slit lengthwise in the date and remove the pit 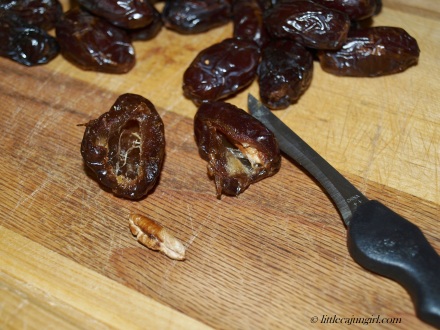 Place a whole almond inside each date

Cut off chunks of blue cheese

Press a chunk of blue cheese into each date 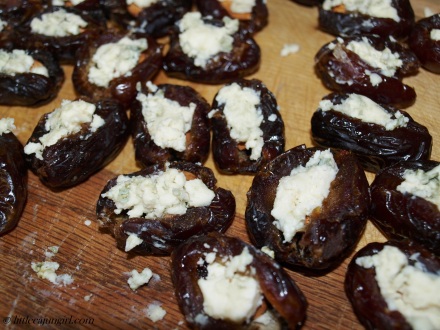 Remember chipotle chile powder, that wonderful spice I introduced you to when we made the Twice-baked Chipotle Bacon Sweet Potatoes?  We’re going to use it again! Sprinkle chipotle chile powder, using as little or as much as you like.  This adds something really special to this appetizer so don’t skip this step. 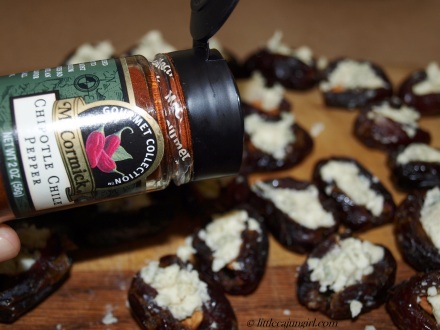 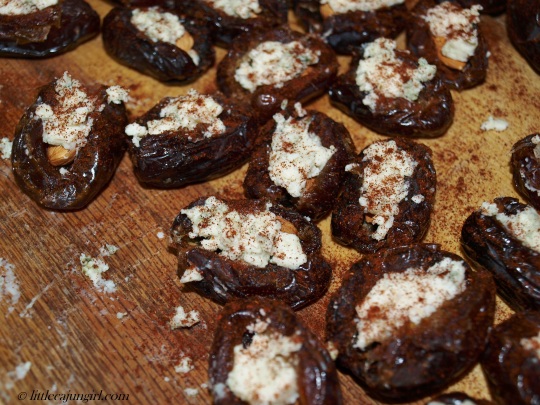 Open a pack of bacon and cut each slice into 3 pieces.  I was short about 3 slices to wrap all of the dates so I had to open another pack of bacon.  It just depends on how many dates you make. 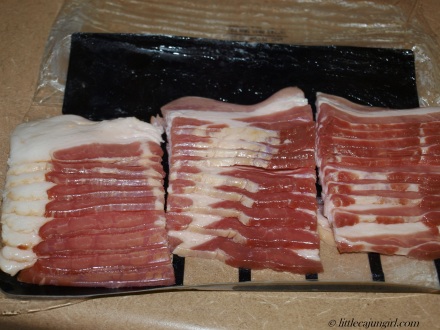 This is the original picture I took when I first started rolling the stuffed date in bacon, but later figured out a better technique. 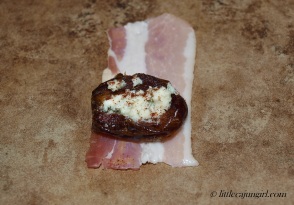 Instead of starting from one end and rolling it like you see in the picture, try this (it was easier and the bacon stayed wrapped around the date during baking)…stretch the bacon as much as you can, put it over the top of the date, and wrap both ends under the date as tightly as you can.  You want the cheese side of the date to stay facing up.

Place the rolled dates on a baking sheet or stone. 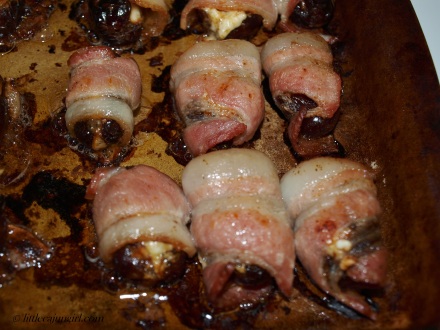 I placed each one on a napkin after to get off the excess oil.  I did have a few that the bacon popped open on because of the original way I was rolling them.  But they were still tasty!! 🙂

You’re going to LOVE these salty, sweet, spicy, creamy nuggets of yummy goodness! Thanks, Eddie, for the jumpstart of this recipe!

This entry was posted in Appetizers, My Recipes and tagged appetizers, bacon, fruits. Bookmark the permalink.

Free To Be Me

Letters to Michael, My life then and now...